Mysterious world of the Orient

Rudolf Ernst, “By the Entrance”

March the 12th, 2016
Mysterious world of the Orient always tempted painters and writers of the 19th century. Along with constructing increasingly efficient and fast means of transport, the alien world was opening, but it was opening gradually. That is why, when looking at the paintings of the 19th century European and American painters, one can clearly feel a veil of mystery, admiration and surprise… Today, when any part of the world is only some hours of plane-flight away, we sometimes miss that sense of secret which, with the winds of globalization and prosaic realism getting stronger, is becoming so scarce in the world and in the eye of the beholder…

Today we invite you to visit a colourful world of the East, as seen by a 19th century man, full of glowing sun and pleasant shadows. To walk barefoot on cool marble floor, tight-woven kilims, to admire beautiful ornaments of handmade azulejos, to have a close, just-a-few-steps-away look at people of that distant world, to hear unhurried time, flowing by as if melted by swelter… 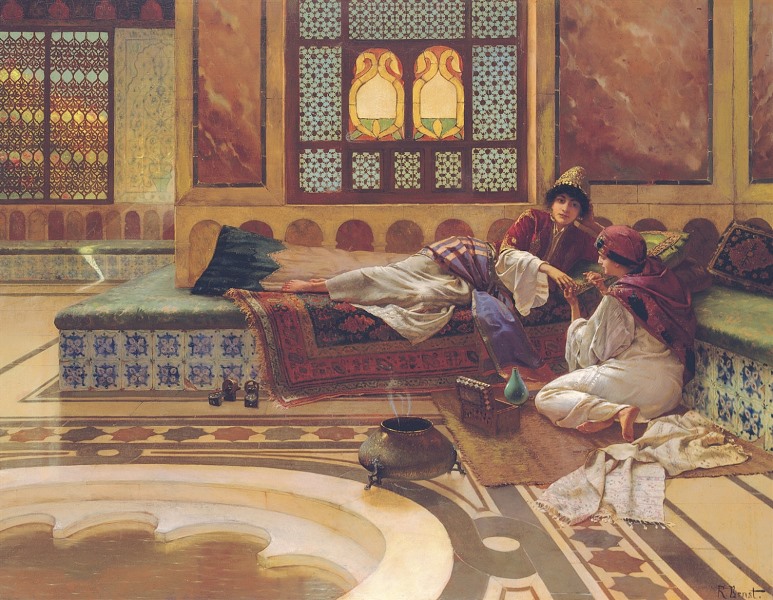 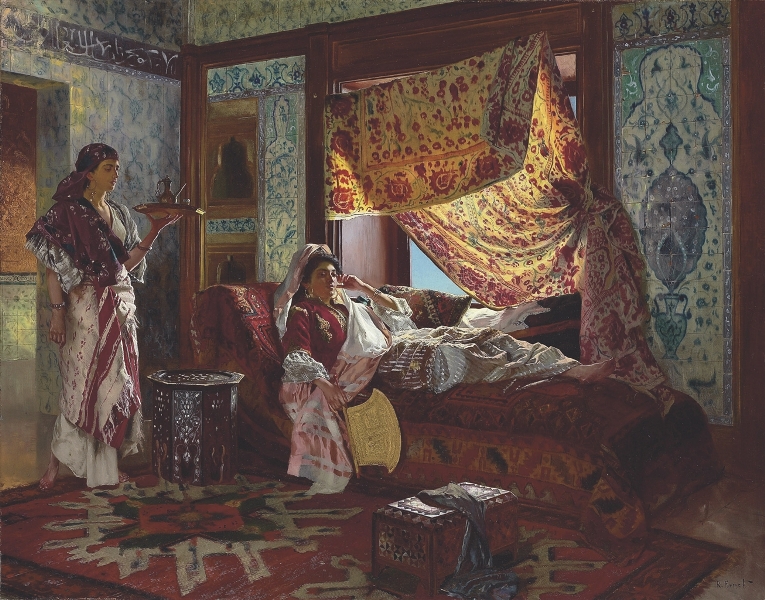 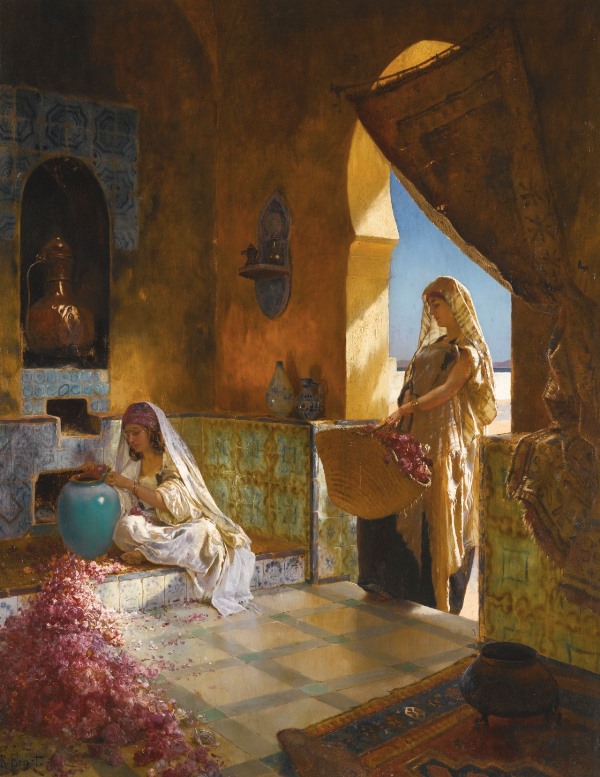 Rudolf Ernst, “The Perfume Makers”
To the set Secrets of the Orient